skip to main | skip to sidebar

Happiness is a New Deck Brush….

As long as you didn’t get sucked into buying it at W#@$  Marine.

In fact, I did not buy a deck brush. I bought a roofing brush. What one normally uses a roofing brush for, I cannot say. I live under a deck, so roofing is alien to me. But this I do know. A “deck brush” will set the cruising budget back some $30 or more. A “roofing brush” will fly off the shelf at your neighborhood mom & pop hardware store for $4.50. I guess the concept is that if you take shelter under a deck, you must be rich and therefore ripe for the plucking, but if you need to fix your own roof, you deserve financial mercy. Actually. I don’t know that anyone has thought it through that way. I only know how it looks from my vantage point.

And please don’t take this the wrong way , but I have to admit that I feel pretty intense pity when I see the modern “well dressed” weekend crowd with the ubiquitous oval “W” logo on everything from the dinghy to the purse dog life vest. After you’ve been out a while, it really does sort of become the calling card of the sheep led to slaughter, except the sheep would be smart enough not to brag after being fleeced. Now I’m not rallying to boycott the mega stores. I’m just astounded that it’s taking so long for them to fall of their pedestal and I don’t think it speaks well of the overall awareness of the boating demographic.

Am I the only one who's noticed that the retail kingpins in both the general merchandise and marine retail markets start with "W"? At least general shopping public has been sucked in by the relatively honest tactic of selling low grade stuff for low prices. Baffling that the marine "W" has been so successful at selling lower grade for higher price.

Anyway, It’s not that I derive pleasure from swabbing the decks. It’s just that I feel a little less put upon doing so with a $4 brush than I would with a $30 one. So if you see me pause  my swabbing to watch the catalog poster dinghy go by, I’m not shaking my head in disapproval so much as true sympathy.
Posted by chrisjmelo at 2:11 PM

When our ruling priority shifts from making dollars to making sense, we will have risen above the level of thinking at which we created our current crisis. Then perhaps we will start to find solutions to it.

If you've ever dreamed of living a life of your own choosing and finding balance outside of the framework of normalcy, please read on…

tell me your thoughts....

chrisjmelo
Christopher Melo is an independent naval architect, marine engineer and licensed captain based in South Dartmouth, MA. His professional focus is on commercial, passenger, and educational vessels. Charis, a 1966 Pearson Alberg 35 has been his home since 1990 and magic carpet between the Caribbean and New England

I live deliberately, differently, and with confidence. I travel yet am always at home. I have lived and traveled on sailboat for over 20 years. I am not an escapist, but rather an avid student of other ways of life who has realized that they can only be experienced locally and without the boundaries between tourist and server. The comfort of being home yet in remote surroundings is the ultimate in travel experience. The connections formed when those visited realize you came to learn from them and not to make them more like people at home are unique and irreplaceable.

I am independent, but not materially wealthy. I work in a field I love, but without obsession. Time, travel and particularly sailing are my true career and my work in related fields is the means to this end. The details are a simple matter of priorities.

I am unimpressed by what people posses, but intrigued by who they are and why. I will disappoint those concerned with net worth, accessories, and 'bottom line.' I thrive in the company of those who harbor curiosity about real life experience and true adventure.

I don’t advocate my choices for everyone, but enjoy sharing them. My ideas are not absolute and can only be improved by shared perspective. Those who can see past stereotypes and images and perceive the beauty in alternate ways of life often take home, and always leave behind positive impressions.

The concepts of awareness of impact and balance of consumption vs. production have been part of my life for more than 20 years. They have to be. Stepping aside from societal frameworks carries the price of forced systems thinking. Nothing so much as becoming ones own server in every capacity grants perspective of how much service we take for granted in typical communities.

I exercise and think about what I eat to stay in shape not to achieve an imposed aesthetic, but because the rest of my lifestyle encourages and rewards it. Indeed, the point to rearranging my life priorities to put the typical strived for retirement nearer the beginning was a nod to the knowledge that most of my plans would more certainly benefit from youth than from material wealth. The fickle nature of such wealth only reinforced the choice.

Frequent and loved destinations: Bermuda, Caribbean, , and most other islands. Sometimes quiet and sleepy, sometimes busy and exciting. Never as a tourist, always as a traveler. Someday soon: , Pacific ....... 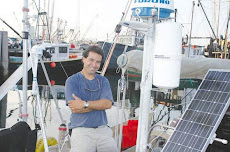 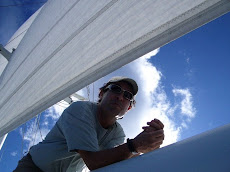 Warning: NOT a postcard -

actual oceans were crossed to find this spot.

Color is the Healthy Happy Pill. 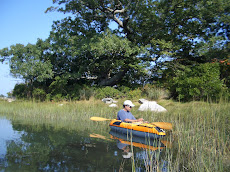 tideline's the best show in town. 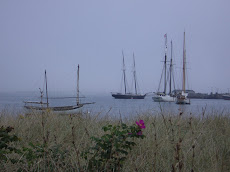 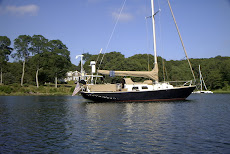 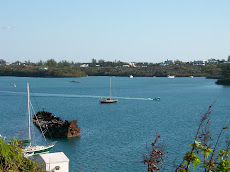 Offered to let them surrender, but..... 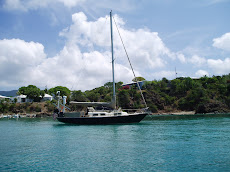 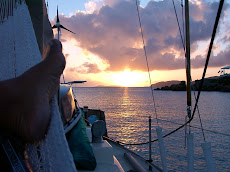 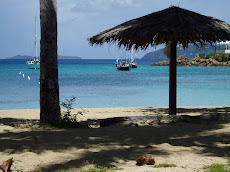 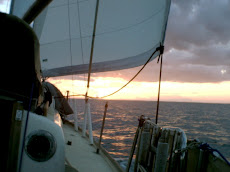